Maybe it's our dire performance in the World Cup that turn my thoughts to something the British do quite well (along with understatement).  Fashion. Specifically Vivienne Westwood's Anglomania label. Vivienne and the Fashion Circus.  Now there's a thought.  I have my eye on a pair of her circus sailor shorts for starters: 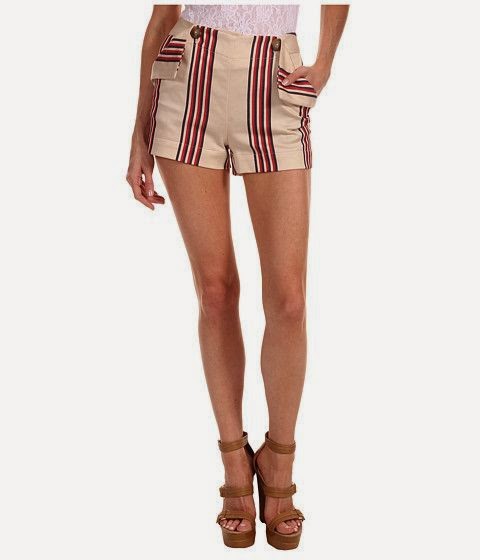 I imagined Vivienne Westwood at the 25th Anniversary Gala thrown by the National Centre for Circus Arts recently.  I didn't go, you understand, but heard all about it from a friend who had a fabulous time there, and saw it celebrated on their website:


I had to watch the clip for a second, and then a third time to establish Vivienne Westwood really wasn't there, so vividly had I painted her in.  Well, circus is her space, isn't it?  She is the designer that Comic Relief originally turned to for their Red Nose Day t-shirts.

Maybe it was the runways. Maybe it was the memory of the once flaming red hair (still [to start] working on that chapter on Circus and the Redhead), the flamboyance, maintaining her edge while now not only a grande dame of the fashion industry, but a Dame by royal decree.  After all, isn't circus in some way the punk of the arts? The bad boy gradually being appropriated by the Establishment, taking centre stage at the likes of Sadlers' Wells and the Albert Hall?

"I want to stay as close to the edge as I can without going over.  Out on the edge you see all kinds of things you can't see from center"

said the voice of Kurt Vonnegut, on Twitter yesterday, haunting the ethernet along with the likes of Ernest Hemingway and Mark Twain.  For me that is the crux of Vivienne Westwood's appeal, and that of the circus arts.  Building a path along what may appear to some a precipice, but blazing along the trail with a fleetness of foot, and a fire that forges the way ahead. 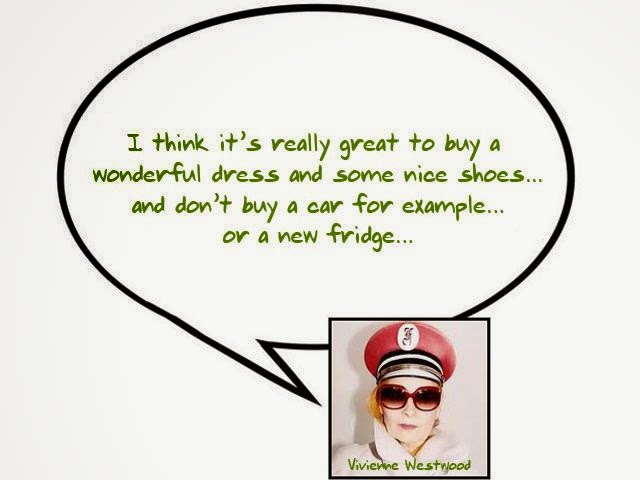 Maybe I'm just saying all this to justify the fact that I bought my first ever Vivienne Westwood dress the other day.  We had been invited to the opera at Holland Park to see Puccini's "Fanciulla del West" one evening, and that afternoon, just for fun, I stopped off at a local shop that stocks Westwood's clothes and accessories.  I always head for Westwood's rail first to see what's in, and look at each piece in turn, in wonder. This time the dress that caught my eye, was the Prophecy dress (see link), the print aptly named "mirage".  I couldn't believe my eyes.  That is the power of a well-cut piece, it drapes, it flatters, it graces and you radiate.

Before I could cheque myself, out came the credit card and along came the dress. I'm my own fairy godmother.  I just need to wave my wand now at the fridge that is still leaking. 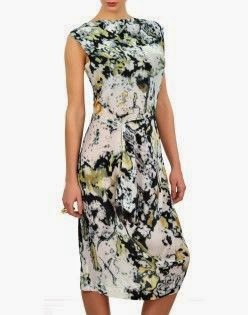 The evening was stellar.   We were invited to have drinks with the cast afterwards, only it was past bewitching hour, and Prince Charming and I found the pumpkins were calling.  It was only when we got home and I had a moment to try on the dress properly, that it sunk in the dress looked even better, the right way round (pictured), as the shop assistant had advised. I laughed. What a fool.  Back to clown school.  Now, where did I put that nose...? 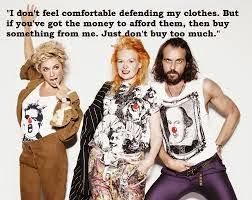