Failure is the mechanism of learning.
- Geoffrey Ballard 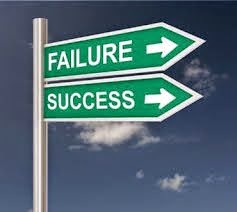 Several books have popped onto my radar this week that have radically altered my approach both to learning circus skills, and to the education of my own children.


I had it all planned out this week - the blog post, that is - even made a start. And then I spent the morning at Battersea Arts Centre, as one of their local supporters, listening to their revolutionary plans for the coming year, creativity spun out of flexible mindsets, and then I thought, scratch that, let's start again.

The whole concept of Scratch Nights originated in Battersea Arts Centre over a decade ago and they have been running there ever since. Tom Morris, then Artistic Director and David Jubb, current Artistic Director invited a group to sit in on  a work in development, inviting feedback, generating a dialogue between participant and audience. It was a space where artists could turn up with an idea, play around with it, take risks with their material, work with what they've got and use audience feedback to help them develop it further. The end product might not look anything like the original thought.

It's a bit like this blog, really. It started out as a joke, intended to be a sort of Slummy Mummy clowning around at circus school to amuse my friends, but now, thanks to putting it out there in the public sphere and, crucially, getting feedback, it has become more a vehicle to explain and communicate a passion for circus and explore the attraction, as well as examining fears and frustrations.

And failure. After all, I'm not coming at circus with the energy, experience and time of a twenty-something ex-gymnast or ballet dancer moving in a new direction, or a jobbing actor extending their skills set, or a young professional gym bunny looking for a hip alternative. I'm a pretty worn-out mother of three in her late 30s, who is looking for physical strength and a mental space to counter-balance the demands of family life with three young children. Part of the battle is my own internalised self-enforced narrative. I am very quick to take the role of the class dunce and self-flagellate before anyone else can, because it was ever thus. At school I was the very last to be picked for a team. "Sport" for me is a word that is charged with humiliation and resignation.

What I have gradually learned at Circus Space, is to view this "failure" more objectively and as a result I'm making progress. It's not inherent lack of ability per se, but the lack of practice hours holding me back. This growing realisation has made me more resolved this term to hold my Wednesday evenings as sacred for training and keep the momentum going. As a result, on the second level in aerial I can now climb a rope and beat up onto a trapeze, or hook a knee on the bar and pivot round a whole 360 degrees in a one-legged skinner. These are breakthroughs for me, and I finally no longer feel like I am an interloper in my class. Team spirit is a great help. The welcome, encouragement and faith of class-mates and teachers really does move mountains. And an awareness of a couple books recently, both primarily about sports-related performance, has brought this home. My husband has been reading Malcolm Gladwell's "Outliers" and Matthew Syed's "Bounce". Both books expose the myth of talent and focus on the power of practice.  Common sense really, but it is as if the final scales have dropped from my eyes. If it is hours that count then the progress will inevitably happen. Maybe not at the same rate as my counterparts, but there is still hope.

The space to fail, pick yourself up and carry on is central to the creative process in contemporary circus as well.  At Circus Space the Scratch Night is a chance for any performers to share a piece of work that can range from being the conceptual hub of a piece that has been months in development, or a spontaneous idea coming from throwing round ideas the night before. Feedback is immediate, and can also be relayed anonymously on paper. At the Battersea based Flying Fantastic, their first ever (click here for post), it was more of an end-of-term performance by the students to introduce family and friends to what aerial skills is all about. At Jacksons Lane, in North London, over summer, for the second year running, artists shared their progress  from a week's residency with the public, followed by a question and answer session, under the umbrella title "Transmission". These events are important as they give space to creativity, but most importantly to my mind, they give space to make mistakes and for constructive feedback. It is a case of sharing experiences, gauging reactions and generating a dynamic conversation that nurtures a creative spirit open to change.

One of the videos shown at Battersea Arts Centre that morning featured creator Jim Whiting, who delights in (re)creating atmospheres and spontaneous response through the element of surprise in the invention of mechanical everyday objects that move in unexpected fashions. His creative energy comes from the dynamic his installations creates with his audience.  "I don't like the word artist" he declared, "it's limiting". I agree, in a similar fashion to "sporty" it connotes a rather sublime state of grace, rather than an active process of hard work, trial and error. Scratch that mindset, spark off others, and watch the possibilities unfold, taking you in the most unexpected and exciting directions.

Note: Check out Jacksons Lane which is hosting "Hangwire" on Saturday 7th February:

Hangwire is the new name for Jacksons Lane’s short-residency programme for emerging circus artists and short-form pieces. Following its launch last year asTransmit, we are once again delighted to offer a one week residency for up to 10 artists and companies with a public showing of work developed on the final evening. Expect everything from acrobalance to silks and straps in this exciting night of brand new contemporary circus – all for just £5!
See www.jacksonslane.org.uk/whats-on/event/2015/hangwire
Posted by LucyLovesCircus at 04:18